Skip to content
HomeBusinessIvan Jenson, best-selling thriller author, releases “The Widow”, which makes it to number 4 ​​on Amazon

Ivan Jenson is a pop artist who rose to fame in the 80s and 90s in New York City. With his latest thriller book, “The Widow”, Ivan Jenson is now getting unprecedented and unexpected success. The Widow has made it to number 4 in the Amazon Hot New Release Bestseller List in the US and the UK overnight.

USA – Being an artist and an author, Ivan Jenson has experienced great success. Ivan is a popular American poet with close to 1000 poems published internationally. On top of that, Ivan has written a number of novels over the course of his new professional career. His latest thriller novel, “The Widow” is a hit on Amazon. In just a matter of seven days, “The Widow” has made it to the Top 10 Hot New Releases Bestseller list on Amazon all across the USA. Similarly, in the UK, the book made its mark to the Top 5 on the Amazon Hot New Releases. With such an overnight success, clearly, “The Widow’s” combination of thrilling suspense spiced with romance, has made it stand out.

The Widow is a romantic thriller novel which features an unforgettable sociopathic psychiatrist destined to become a literary and cultural icon. “The Widow” is sure to be the most buzzed-about thriller this Spring and Summer, a classic in the making! Hollywood is sure to come knocking. 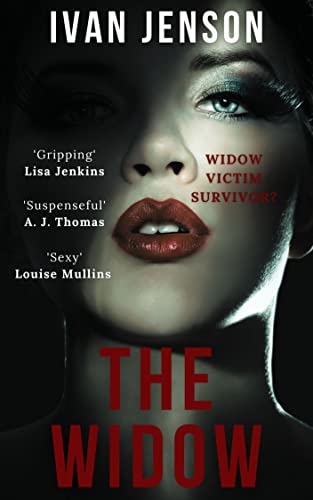 One of the other recent thrillers by Ivan Jenson is a novel, “The Murderess”. This thriller novel is now available as an e-book and in paperback on Amazon. “The Murderess” is a gripping, psychological thriller that revolves around the story of Becca Garner who discovers the dead body of her media mogul lover in a five star hotel..

Ivan Jenson is also an artist who started sculpting at age of nine years old. His first sculpture was featured on the poster for the National Museum of Costa Rica. In his early twenties his painting of the “Marlboro Man” was acquired by by the Phillip Morris Corporation. He was also commissioned to paint the final portrait of the late Malcolm Forbes. In addition Ivan Jenson created an “Absolut Jenson” which was featured full page in Art News, Art in America, Art Forum and Interview magazine.

Talking about his latest novel “The Widow”, Ivan says: “I wrote my first novel at 14  and  I was a published poet at that age as well.  But with my new novel “The Widow” I believe I have touched a nerve in popular culture and finally have a hit novel on my hands.”